I love learning new skills from YouTube videos. In fact, I can credit most of my early knowledge of video production to just that. Of course my skills and experience expanded dramatically in depth and breadth in film school, but to this day I continue to learn new things from YouTube. The thought of starting a channel to give back by creating educational content for filmmakers lingers on my mind.
Naturally, when the YouTube channel Mad Scientist BBQ asked me to work with them I jumped at the opportunity. They had been filming their own videos for years and had done an admirable job of it, but as their audience expanded an upgrade in production value was necessary. The channel had 127K subscribers when I began working with them, and nearly six months later that number increased to 215K.
Increasing the Production Quality
While I didn't know much about barbecue in the beginning, I did know how to step up the quality of their videos. The most important thing, however, was integrating these upgrades within their established workflow.
As with any cooking show, the schedule is dictated by the sometimes unpredictable progress of whatever is being cooked. I devised a production strategy to swiftly alternate between a clean, studio-like kitchen setup for the hosting segments and a nimble, run-and-gun setup for the cooking segments. Sometimes this flexibility made the difference between getting the shot and missing it, particularly when filming multiple videos indoors and outdoors simultaneously.
Most videos for the channel begin and end with a talking setup in the kitchen, and the meat is cooked outdoors in the middle of the video. In the kitchen I used a three-point lighting setup and color contrast to create a professional, clean, and controlled atmosphere. Both inside and outside I used fast, image-stabilized lenses and sought out depth in order to quickly and consistently produce engaging, dimensional images. 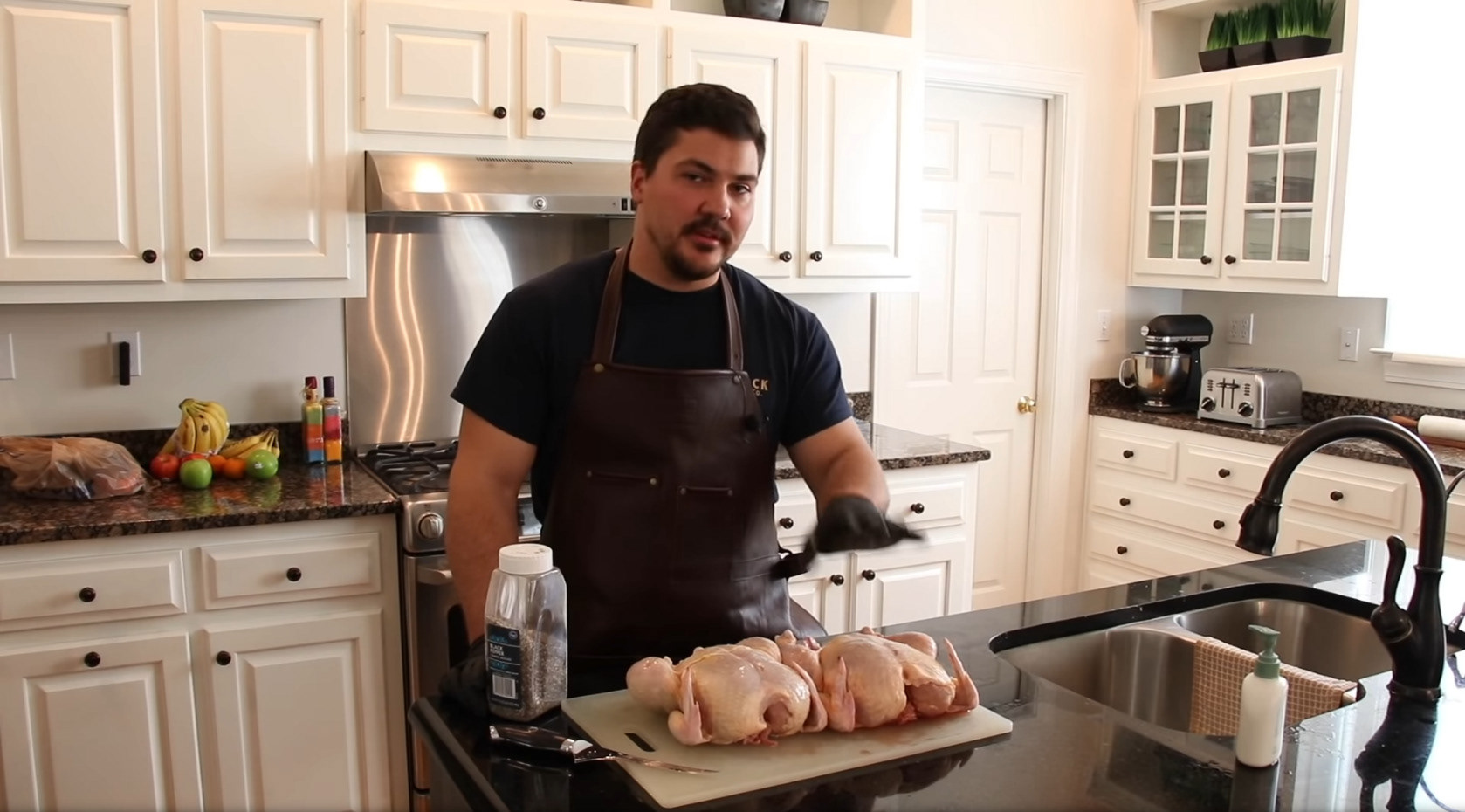 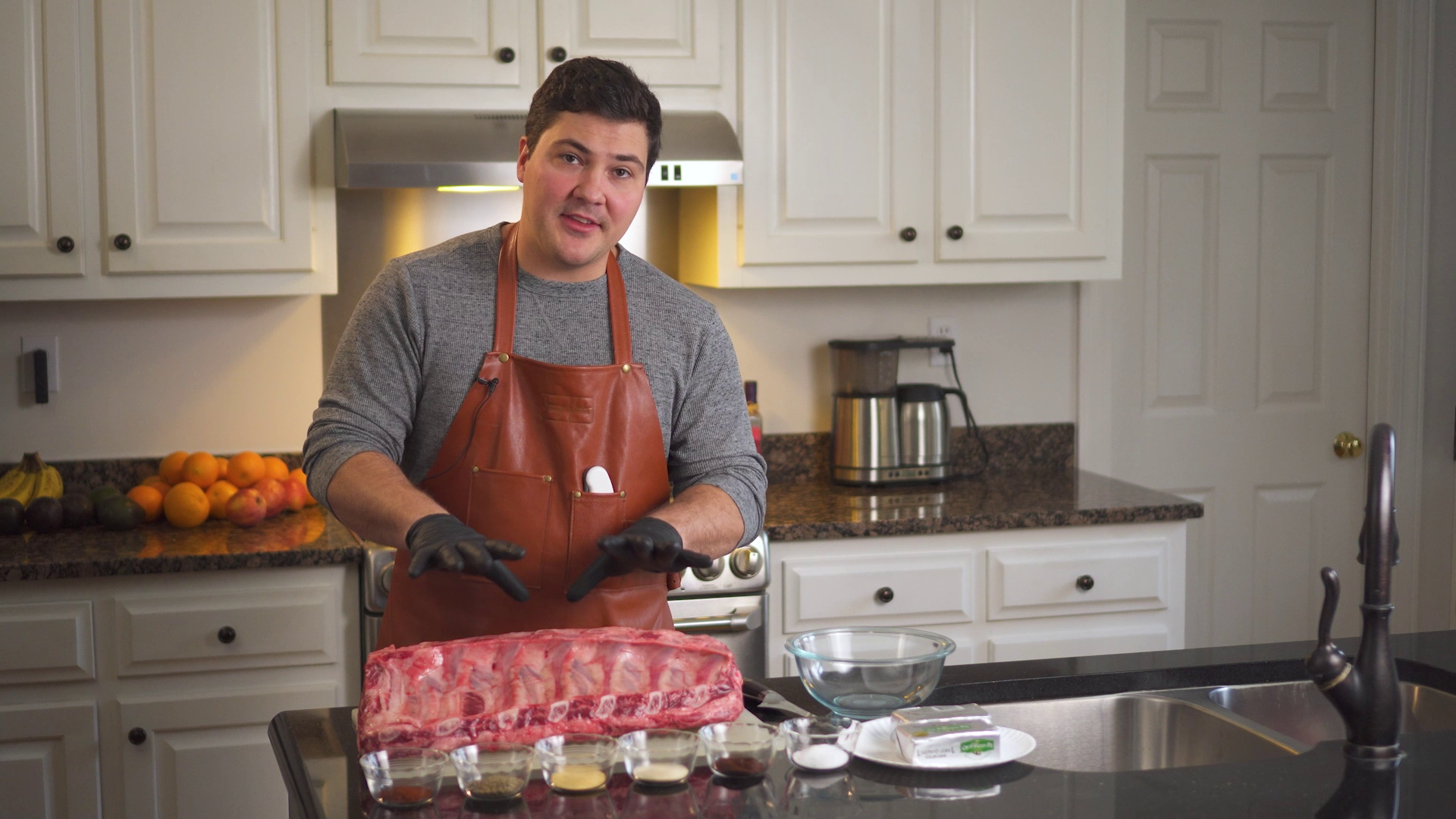 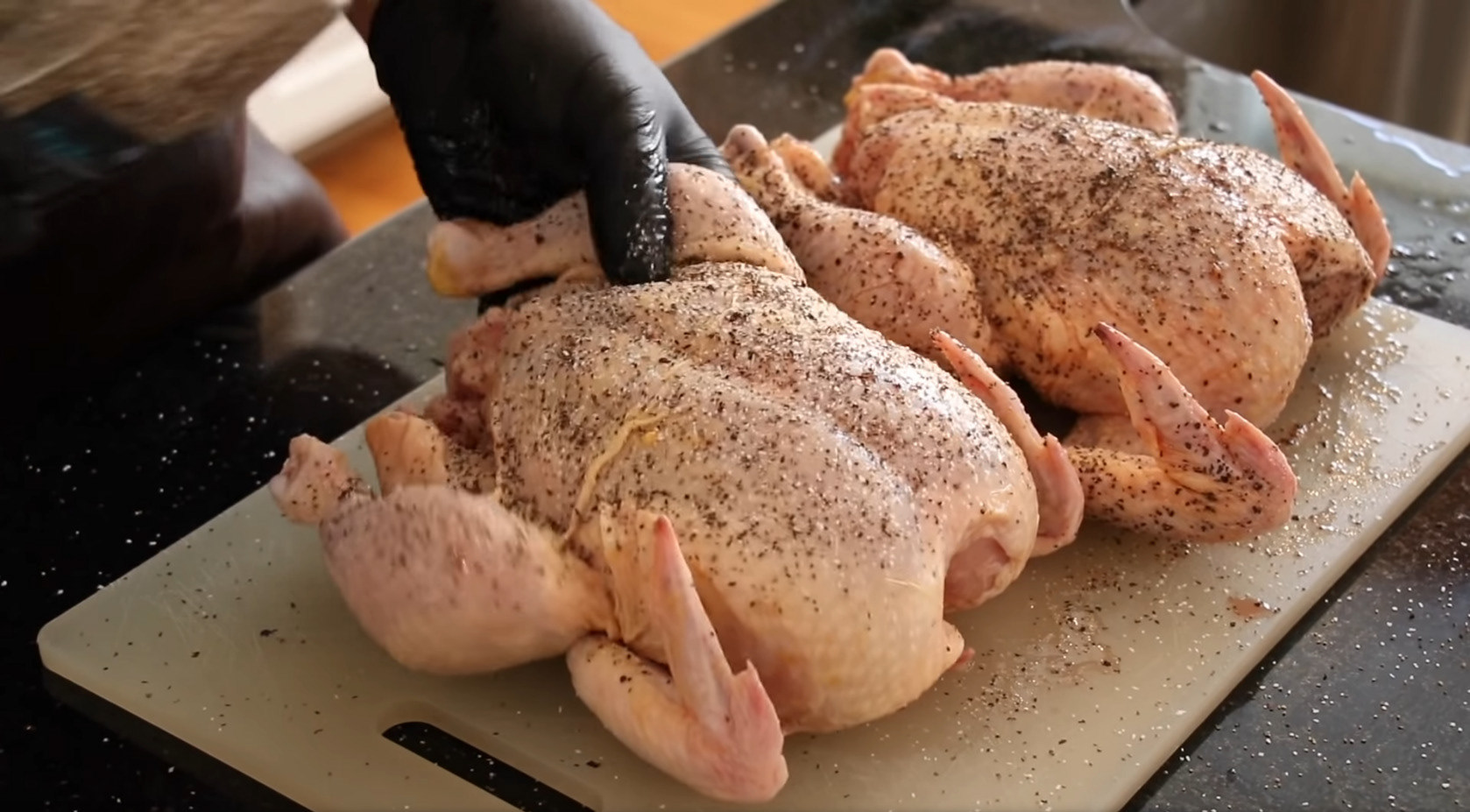 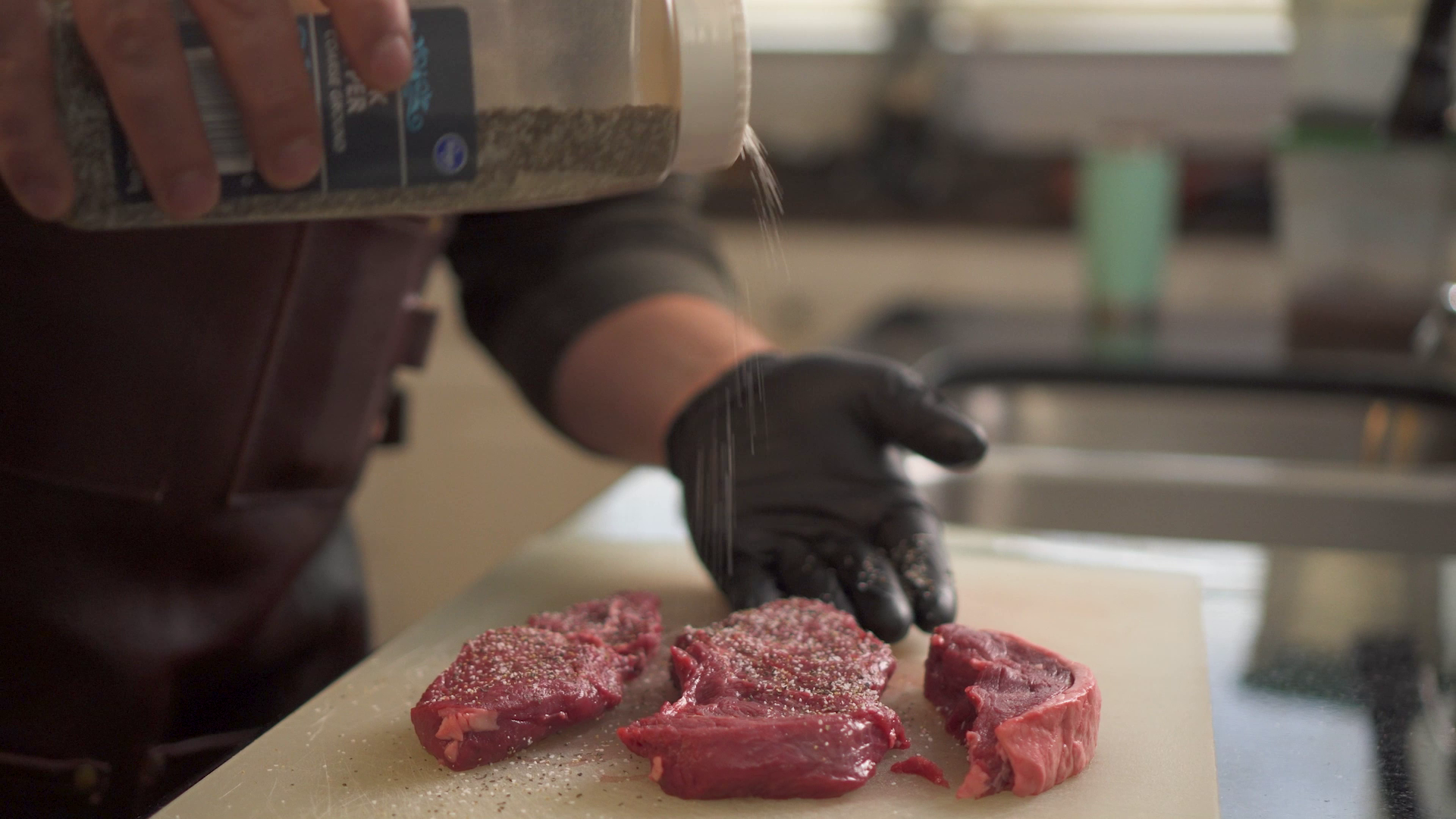 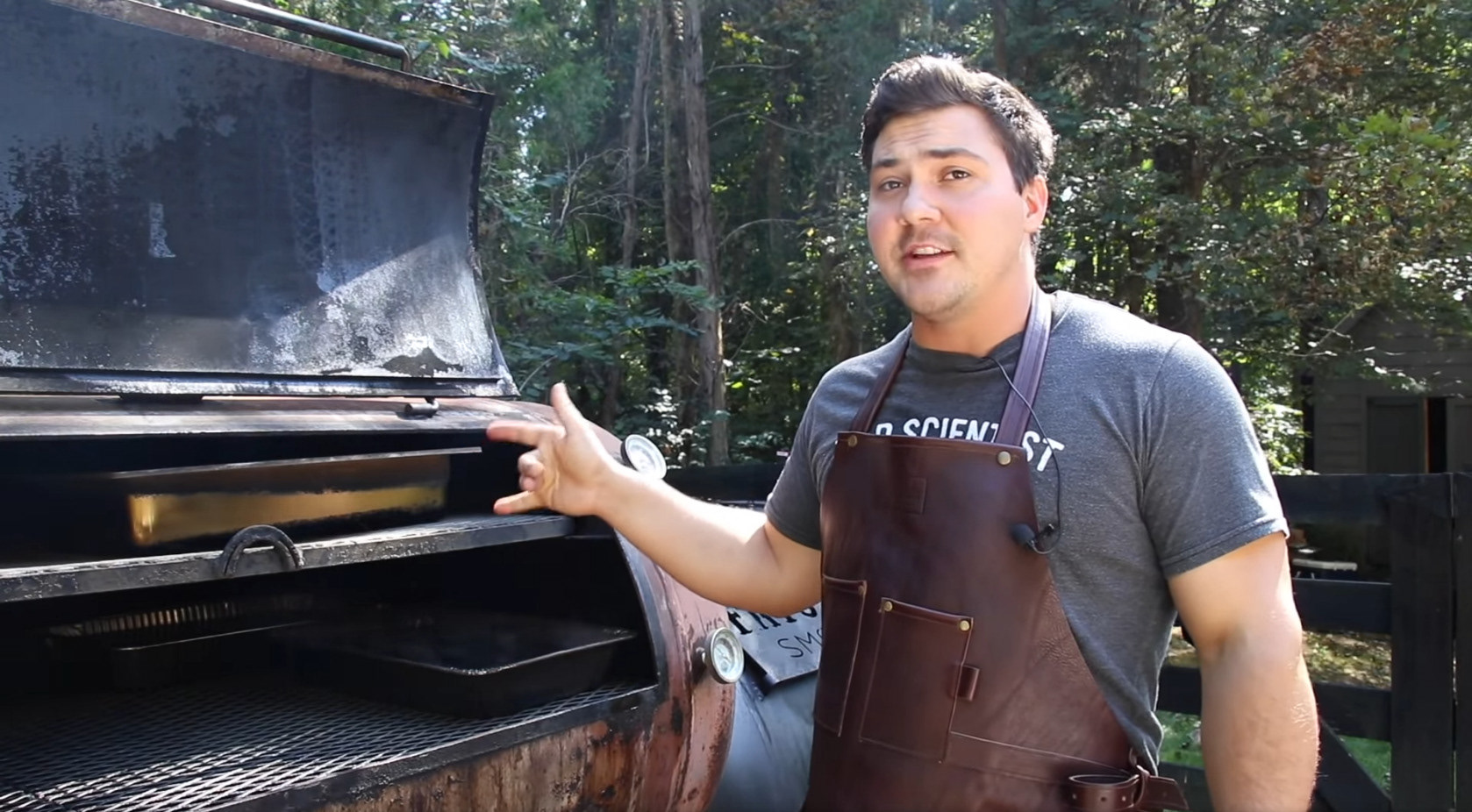 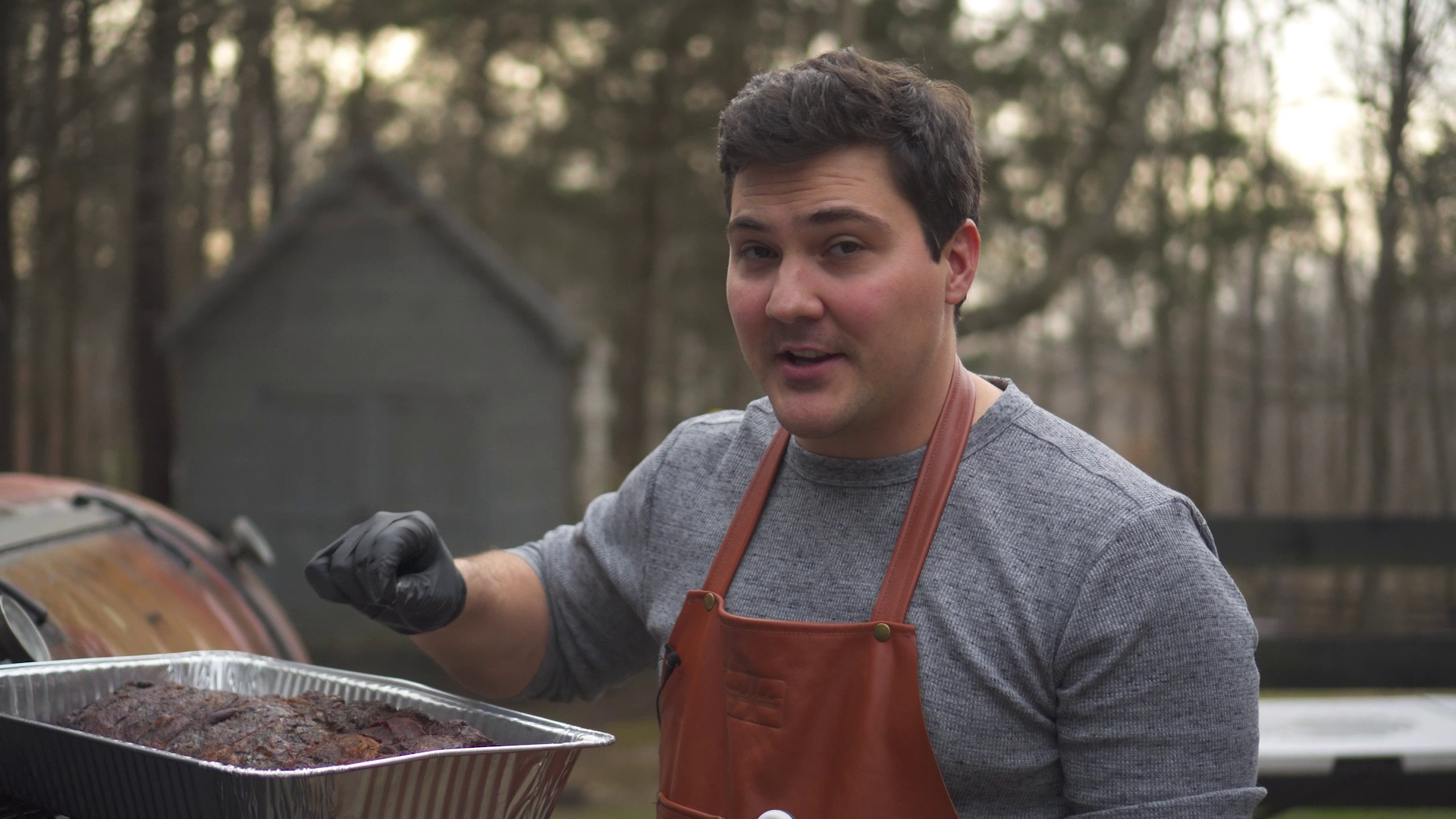 Sound is at least as important as the picture, if not more so. I used a lavaliere and recorder unit to get clean, clear recordings of the host throughout the cooking day. I firmly believe that audio is crucial to transforming an everyday video into a sensory experience, and that incites engagement from the audience. Having a lavaliere close to the action captured the experience of barbecuing, from the subtle sounds of slicing the meat to the sharp crack of an axe splitting firewood. I also kept a shotgun microphone on my camera rig as a backup and to capture general ambient audio.
Besides filming the episodes, my other responsibility was preparing the footage and audio for editing. In order to enable Mad Scientist BBQ to continue editing their videos as they had done previously, everything had to fit within their post-production capabilities. I handled tasks like audio synchronization, color correction, and file compression for all of the footage before sending organized folders of media to them. Sometimes quick turnarounds were required and my workflow proved capable of handling same-day-delivery.
The Results

The first episode I filmed for Mad Scientist BBQ